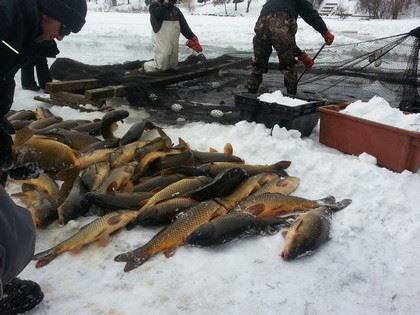 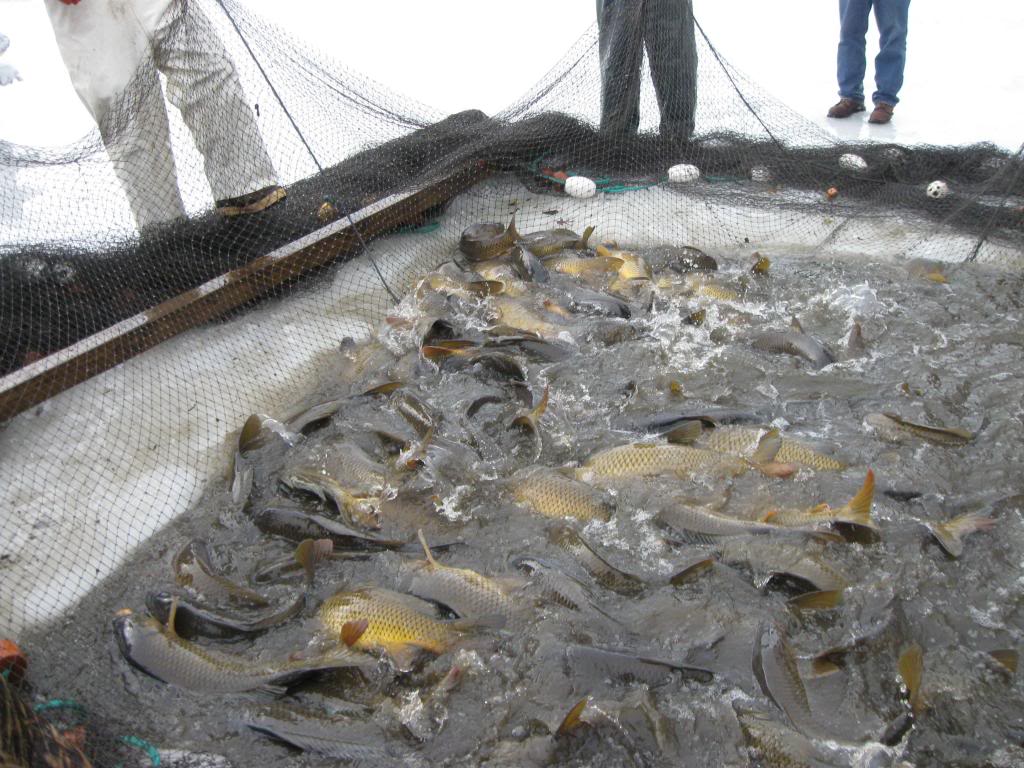 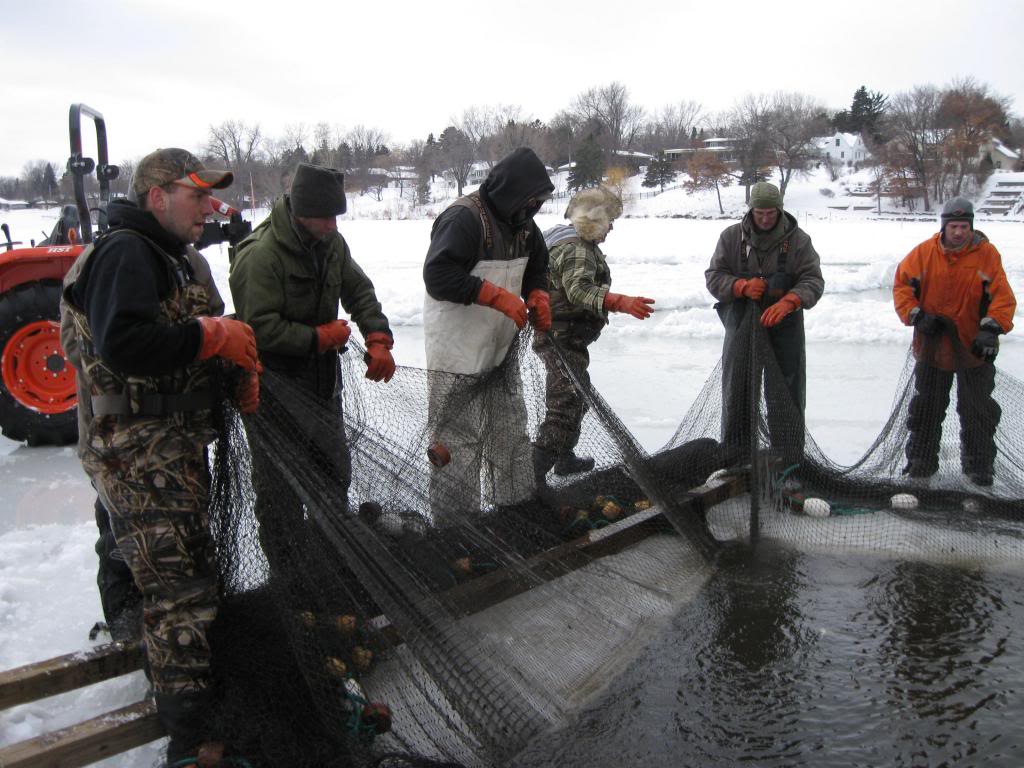 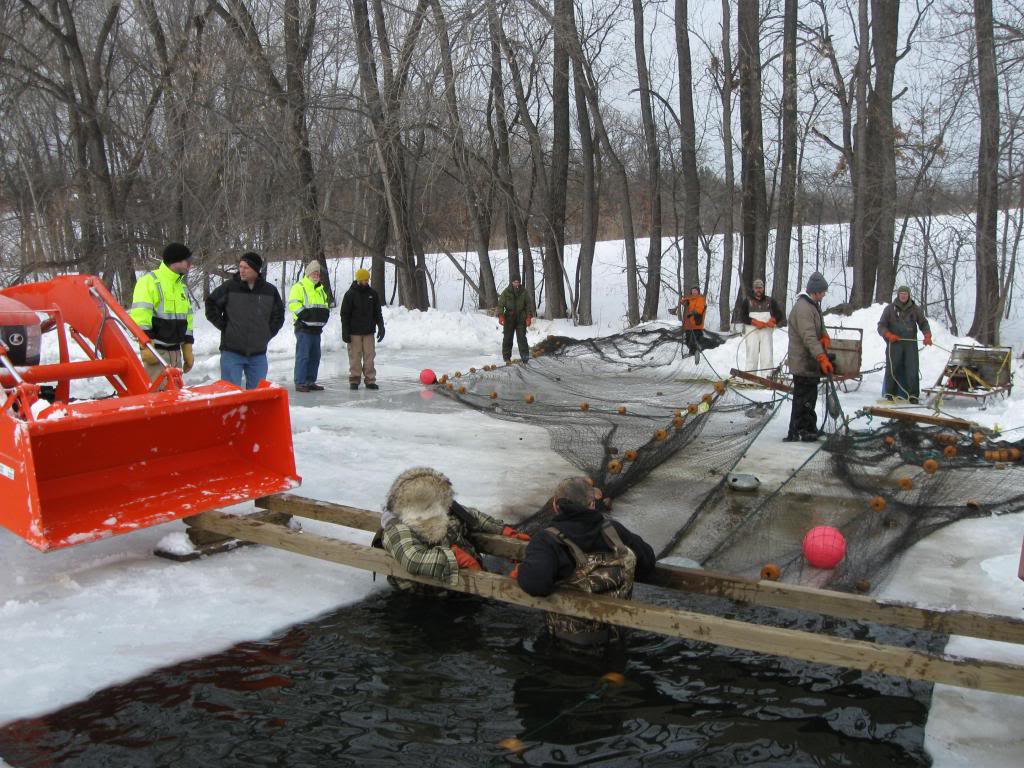 
On Friday, January 24th, City staff, carp experts, local volunteers and commercial fishermen gathered to eradicate the lake's invasive carp species. Previous measures in marking and radio-tagging had prepared the professionals for this day. After drilling several holes in the ice near the Northwest corner of the lake, the fishermen used a remote controlled miniature submarine to move a large net from ice hole to ice hole covering a large circle. Once the net was properly outfitted with sinkers and floaters, the fishermen began to retrieve the net. The carp were captured into the net after a few hours of only capturing bluegill. The fishermen and Saint Anthony staff were careful to only take the carp out of the lake, lining them up on the ice. All other game fish were released back into the lake through a secondary ice hole.

Rice Creek Watershed staff verified that all seven radio-tagged carp were within the haul. Unfortunately, a long tear in the net along the lead line was discovered and only allowed 3 of the 7 radio tagged fish to actually be captured. These three carp were observed to be in good health as they were re-released with the surgical wound from the tagging being completely healed. The tagged fish are significant as they allowed the Watershed District staff to track the carp as the seasons change and predict their habits of when and where they group together.

Even with the tear in the net, 451 adult carp were captured. Of this, 51 were carp that were previously marked in a capture and tag effort to approximate the population. This constituted a recapture rate of 11.3%. Of the previously marked total of 125 carp, we can see that over 1/3 of the previously marked fish were captured. Of the 451 fish captured that day, 402 non-marked carp were actually removed. The remaining 49 marked carp were returned to the lake, along with the seven radio-tagged carp, to be used as a reference in future population estimates and netting operations.

January 24th by the Numbers

Future netting during the winter will be coordinated as necessary until the project is deemed complete by the Watershed District.  Fishermen may be on the ice throughout the winter for netting.
City Code
Agendas & Minutes
Ask the City
Permits
Utility Billing
Notifications