The St. Anthony Public Works Department (PW) monitors local radar and newscasts, along with seven-day,  two-day and 24-hour forecasts. In addition, PW remains in communication with other local municipalities to remain prepared for ice/snow removal throughout St. Anthony.

Residents can sign up for email and/or text notifications that indicate when City plows will begin clearing roads. Plowing notifications will also be posted on the City website and via social media.

Preparing for a snow/ice event

24 hours prior to a snow/ice event when conditions are appropriate, PW will send out a F-250 flatbed pickup truck that includes a 300 gallon tank and spray bar, to pre-wet main roads with a 23% salt-brine solution. This mix includes 200 pounds of salt per 300 gallons of water. It typically takes 100-200 gallons of the salt-brine solution during each snow/ ice-related event.

Typically, PW will begin plowing 30 minutes prior to the end of a snow/ice event. Routes run with a total of four single-axle plow trucks, working in teams of two staff members. Routes are divided into two primary zones; 33rd Avenue NE divides the north and south route, followed by the parking lots at City Hall, the Police and Fire departments, and the St. Anthony-New Brighton School District.

PW will begin plowing residential streets and sidewalks once they are finished with clearing  the main roads. The following resources are used to clear residential areas, which can take approximately two to three hours to complete: 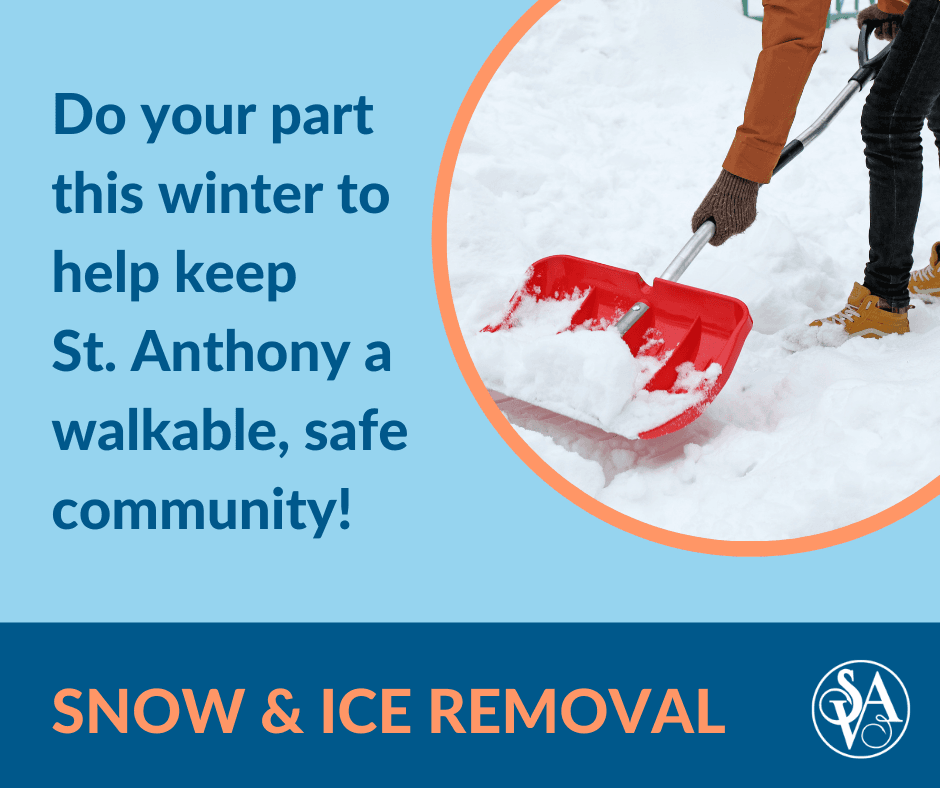 Even though Public Works strives to clear snow throughout the City in a timely manner, it's helpful when property owners/occupants help maintain their sidewalks to prevent unsafe, unwalkable conditions.

Bare pavement is not always possible due to harsh winter conditions. Public Works does not apply rock salt (as a general rule) to sidewalks due to our City's environmental sustainability efforts: